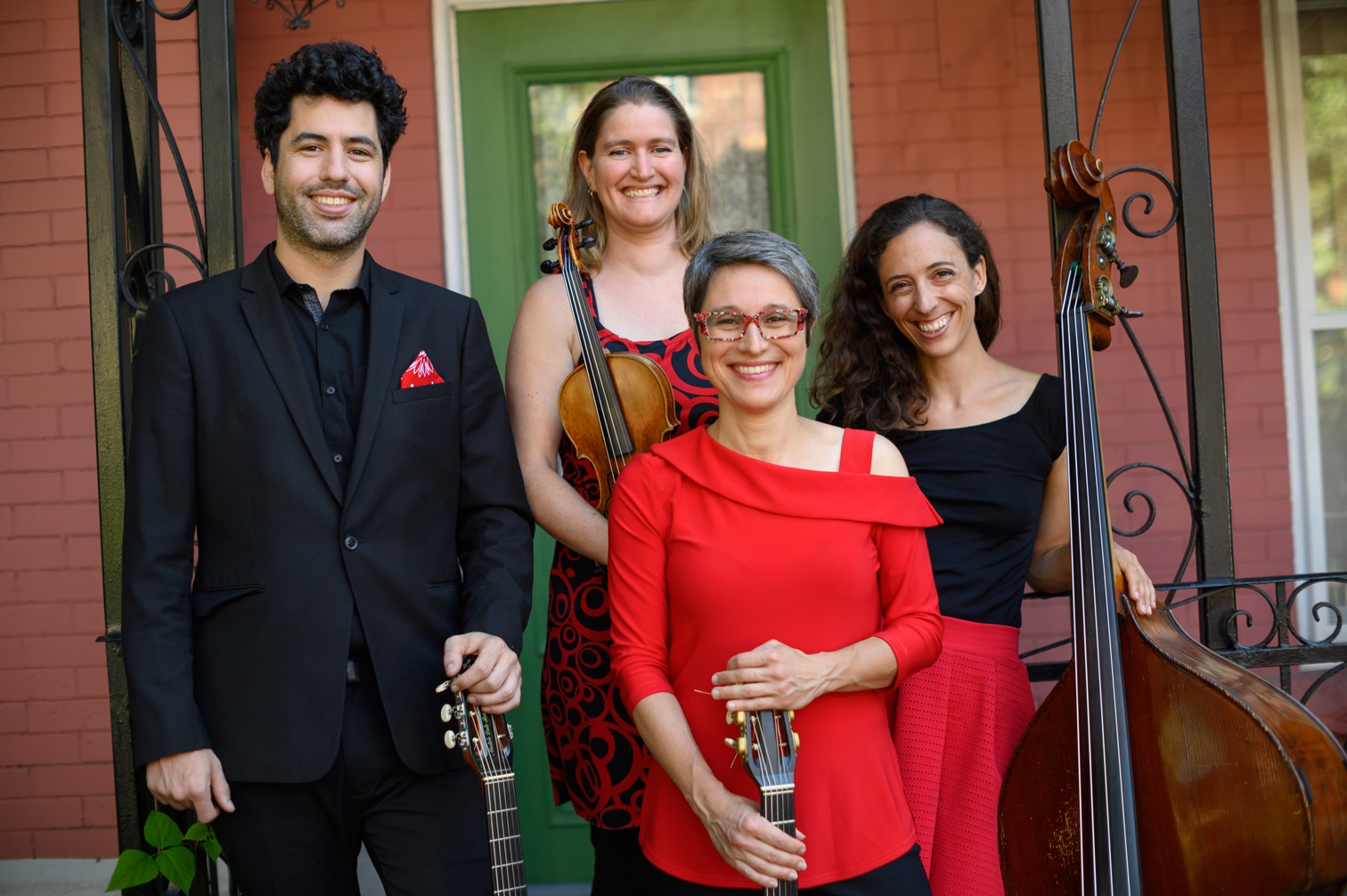 Christine Tassan et les Imposteures – With a decade and a half of bringing their special blend of Gypsy jazz and revisited cover songs, Christine Tassan et les Imposteures have made a name for themselves on the music scene. The latest show of these four exquisitely talented musicians brings together some of the best works by Django Reinhardt, Félix Leclerc and American swing composers. With a singular mix of virtuosity, daring and humour, the string band draws inspiration from one artist’s poetry and the other’s swing to weave a rich new musical universe. They’ve expanded their concept to the wonderful swing music of some contemporary “friends” of Django and Félix. They revisit hit songs created by George Gershwin, Louis Prima or Charlie Chaplin and blend them nicely with Django’s beautiful melodies.